I’m a Product of the Seventies 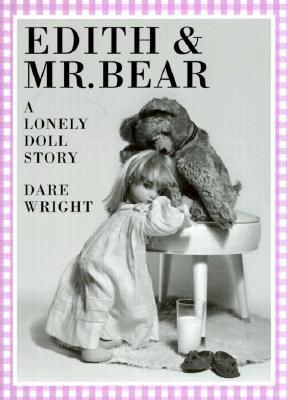 The 1970s that is. I feel like the 1970s shaped me. I have great nostalgia for that era. It hurts sometimes that things aren’t the way they were then. Life was mostly youthfully blissful and then WHAM BAM, the eighties came and knocked us silly. How does one decade completely differ from the one before? (Although I don’t see that so much anymore – the two thousands and then the two thousand teens seem pretty similar, but maybe that’s because our entire country – our world even – has become rather homogenized…so I suppose it makes sense that TIME is homogenizing too – yikes!). Did you ever see the movie Boogie Nights? Well, if you did then you may remember the New Years Eve party, and at the party, there is a big sign hanging up that says “Goodbye 1970s, Hello 1980s” as RollerGirl rolls on by- that was depressing, such foreshadowing of the sh** to come.

Like I’ve mentioned, I read a lot as a kid. It’s a bit hard to dig into the recesses of my biblio-brain on command especially going back a good 30-40 years, but here is one that I remember fondly. Maybe you remember it too? One of our customers remembered it and she and I both went on a trip down memory lane together. That’s one of the things I miss about owning a bookstore: talking books with the customers…

The book in question is Edith and Mr. Bear. This is sort of a cult classic really (it’s actually part of a series of books about the doll and the bear by Dare Wright, and as an adult, I now realize I questioned what their relationship was: daddy bear and doll daughter? Friends? ). You won’t find it in many new bookstores because it’s difficult even for booksellers to come by it (I know, I tried). You’ll have more luck at a used bookstore maybe or used online somewhere – maybe eBay or Amazon? I loooved this book when I was in kindergarten. My kindergarten teacher, Mrs. Campbell placed a pile of books in the middle of our table when we came into class in the morning and this happened to be one of them. To me, this book is magical. To others, it’s creepy. I bought one from our distributor for Maddie. I think she’s too old for it or she thinks it’s creepy. She won’t say but she also doesn’t read it. Wah. But I do and I still love it!

I’ve included a few pictures from my personal copy of the book. I HIGHLY recommend this for the 4-6-year-olds. Introducing it very early perhaps is the key to not finding it “creepy.” Gosh, it’s so sweet, NOT CREEPY!!

And just for the hay of it, here are a few other links to fun stuff from the 1970s:

Okay, that’s it for today. But maybe we can make this “trip back to the seventies” a regular feature on the blawgggg…just because.

Wintry Stories for the Wee Ones

Wintry Stories for the Wee Ones

I have noticed you don’t monetize litapothecary.com, don’t waste your traffic, you can earn extra bucks every month with new monetization method.
This is the best adsense alternative for any
type of website (they approve all sites), for more details
simply search in gooogle: murgrabia’s tools

Hi! I'm Nicolle - wife, mother, writer, and balancer of books ;). I live in the northern California mountains with my family, an assortment of animals, and a rather gargantuan collection of books. If you fancy lifestyle blogs and literary blogs, well then you've arrived at a good place!
Click here to learn more about Literary Apothecary!

Get Well With Books

Summer's here. That means breakfast is a blowsy af

They’re growing up too fast! . . . #chickensofin

Cleaned out book shelves yesterday and stumbled on

She asked, "Mom, what are you doing with that jar

That time of year when your dining room workspace

Literary Bits and Bobs from Around the Web